Melbourne is downright friendly. I’m staying with friends in the inner north where you can find a cute caravan on the street, veggie garden in the front yard and crazy chickens out the back. People say hi to total strangers around here.

Melbourne is known as the city with four seasons in one day so I took my raincoat, sunhat and water bottle and headed along the bike path to CERES, the environmental education centre and urban farm alongside the Merri Creek. I love their slogan:

Our vision is for people to fall in love with the Earth again.

You can fix your bike or learn how to do it. It’s all about community sharing.

You can also volunteer. There’s plenty of projects from constructing a Playspace to Creating a Meditation Space. I don’t have any affiliation with CERES but I’m a sucker for community projects.

I’m going to borrow a few more words from the CERES website:

‘Along with Merri Creek Management Committee and Friends of Merri Creek, CERES and volunteers planted hundreds of trees and shrubs and lobbied governments to clean up the creek. In 1994, after 12 years of remediation work, Sacred Kingfishers returned to nest along the banks of the creek, having been absent for many years.

Now, CERES is an award-winning community place that is visited by people from around the world who want to understand how this place has come to be, and how they can take some of the ingredients back to their own places.’

‘We think the key ingredient is love for each other and the Earth.’

I have to agree.

It’s been a massive Summer and it’s not over yet. I slipped out of an impending Winter in Europe and returned to Australia to see friends and family. Within days of arriving in Sydney the city changed from blue-eyed beaches to a smoke haze that caught in my lungs. It got worse.

Drought and fires have been a given in Australia but now it Is obvious that climate change Is driving a Summer of extremes. Our capital city, Canberra, recorded temperatures never recorded before. Precious North coast forests were ablaze and the smoke haze slipped down the continent and settled in the city. I fled to the South coast for some clean air and Christmas with some of my besties. We kept our eyes on the horizon and our ears tuned to the National broadcaster for weather reports and fire alerts even as we feasted on fabulous food and friendship.

I lay in a smoke-filled tent as the year came to an end, scrolling through stories from friends in the face of the fire. The places I loved most were devastated; ancient Eucalyptus forests and Rainforest that had never burned before burned ferociously. There was no point in waiting, surrounded by tinder dry grass and leaves, beneath a heavy canopy of trees. I was totally unprepared. So I packed my scanty possessions then began knocking on caravan doors and calling at tents. While a blood red sky cracked the night, people packed up everything that represented the perfect holiday and began to leave, still uncertain whether to drive South or North. When someone called out ‘Bermie has been evacuated,’ the decision was made and we headed North in a convoy of controlled confusion, our headlights searing through the thick brown air.

The next few hours were exhausting. No-one had slept more than a few hours as fires roared in from the North and the West, creating their own weather patterns of volatile cloud that shattered the air with loud explosions. The town’s power was cut, mobile phone and internet coverage suspended by the emergency authorities, shops and petrol stations were closed due to fuel pumps, automatic doors and tills no longer operating. We bunkered down in preparation for the worst. It didn’t come that day, even when the sky flared crimson then blacked out at 3pm.

The resolutions I made that night were to hug more, to say I love you and mean it. I also want people to know that climate change is real and to work toward realistic strategies like community building and sustainability.

I’m writing this after evacuating from the South coast inferno, to Canberra where the air quality index went into catastrophic, then on to Melbourne where I’ve been battling a lung infection. My story is small compared to friends who have lost their homes, to 22 people and the millions of animals who have died in the path of the fires, to the loss of the magnificent Australian forests and the global consequences of this disaster. While Governments seem intent on short-sighted policies that encourage fossil fuels, deforestation and deplete scarce water reserves for industry we have to make our own future in the best way we can.

If you like my writing you can find more at: https://jenimcmillan.wordpress.com/2020/01/15/head-in-the-sand/

Scream into the silence 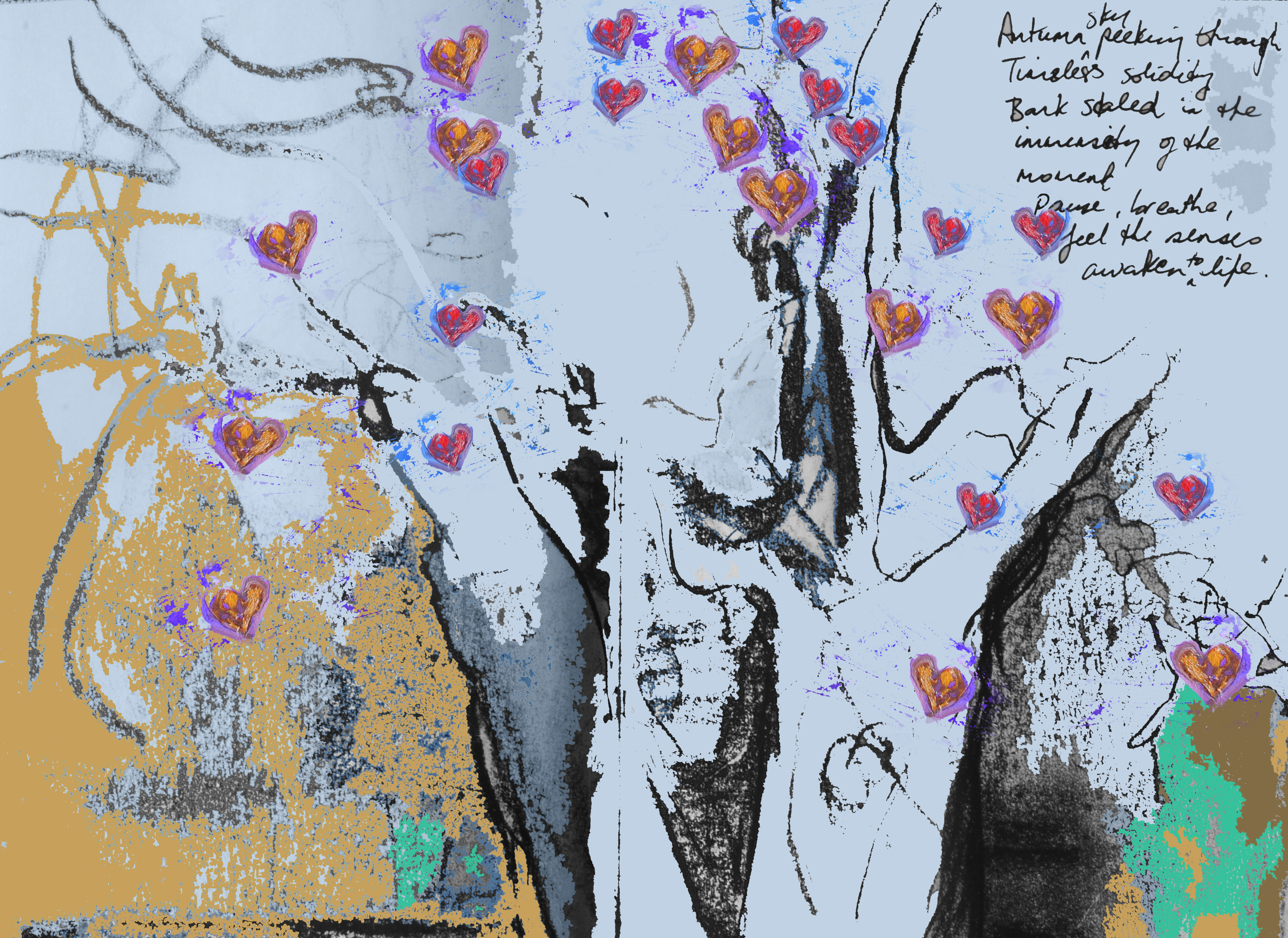 Head in the Sand

Are we so different?

Even Wanderers leave a trail